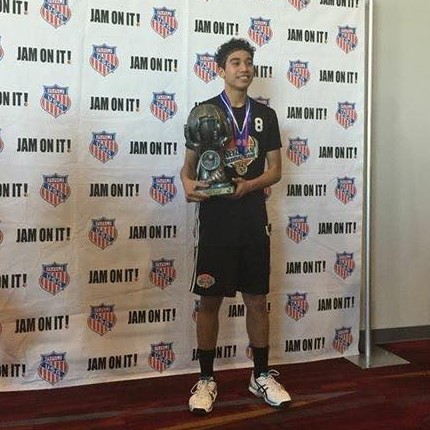 Sione is a very talented young basketball player from Wellington. He has been fully funded by iSPORT to play in the NZ U18 Development team tour to Australia in January 2016.

Tell us what specific thing you need funding for initially:
I need funding for a Basketball tour in Australia in January 2016 for the NZ U18 Development team. The cost is $3400 for both travel and accommodation costs.

The trial for the Las Vegas NZBA 2016 trip are coming up which I have been invited to attend again. The estimated costs of this trip is around $4000.

I am the youngest in my family and am being raised by a single mother as we lost our dad in 09. My mother works full-time while trying to tend to both my and my siblings school and extracurricular activities. It has pressure on her now that I have been selected for the NZ U18 Development team

My Sporting goal is to receive a scholarship to the United states to play basketball and make it to the big time league, NBA. My ultimate goal in schools is UCLA.

I belong to the Wellington College Senior A team, I am part of the New Zealand Basketball Academy organization and also the Wellington Rep 17 and the NZ U18 Development Team.

Be the first to review “SIONE HELU -BASKETBALL” Cancel reply