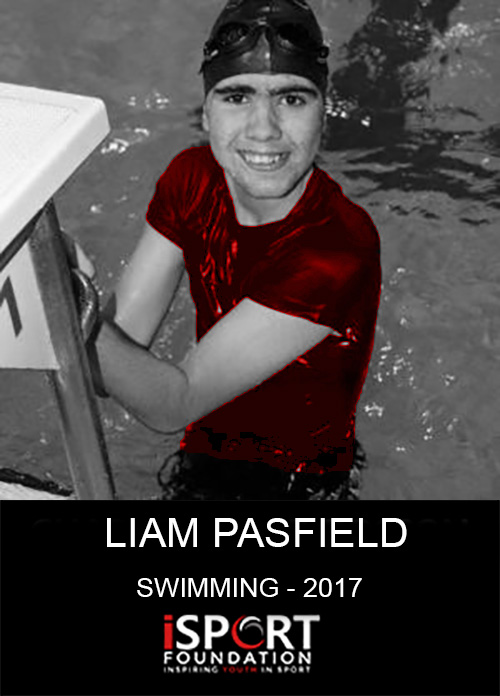 Swimming is a huge part of Liam’s enjoyment of life.  In deciding to sponsor Liam, you will be supporting him to excel in his swimming career, providing training, travel and competition costs

Liam Pasfield is 14 years old and started swimming and competing in ribbon days at the age of 12 with Special Olympics North Canterbury.  This was to help with his energy levels and to learn a lifesaving skill.  Realising his potential early on in this sport, he has improved very quickly in 2 years and competed in regional’s and has been selected for 2017 National Summer Games in Wellington.  He attended regional’s in 25 metre freestyle, kick board and backstroke and came away with a silver and two gold medals, competing against swimmers twice his age.

Liam is a young talented athlete who has so much potential to reach his goals for Trans-Tasman, Asia Pacific and eventually World Games in the future for Special Olympics.

As a boy with extra needs, Liam encounters many challenges in life that many of us take for granted, however he is focused and gets great enjoyment from swimming. Your contribution to sponsor Liam would provide support for him to excel in his swimming career and would help cover training, travel and accommodation costs for major competitions, the first of which is the 2017 National Summer Games in November.

We hope that as proud as we are of Liam and what he has achieved so far, others will see his potential and proudly support him as a true NZ athlete!