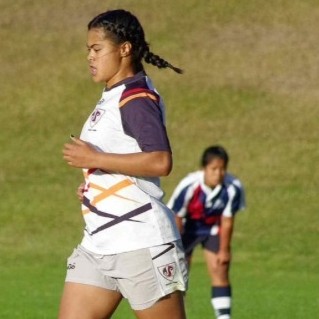 Florida is a top Touch, Tag and Rugby player from Auckland. She has been fully funded by iSport to represent NZ at the Tag World Cup.

New Zealand tag World Cup- going over to Australia to play in the World Cup with the open woman’s. Will cost $2300 all up to go over and compete.

My parents really struggle paying my fees as I come from a family of 6. But also because my parents have a lot of things to pay.

New Zealand Touch- u17 we went to Australia last year to place in the youth nationals there and we came third. I’m highly ranked in touch making nz in my first year of touch and it is very hard to make nz New Zealand Tag- u18 Trans Tasman Done well againt the Aussies didn’t take the win but it was close! Also ranked high in tag as well Tag nationals- u16 girls winning it taking the whole nats out for u16s level best feeling ever Touch Nationals- u17 also made New Zealand this year and made the New Zealand u17s team

My sporting goal is to become a professional rugby 15s or 7s player. I want to be able to go to the Olympics one day and experience my dream come true! I want to be a role model to others and to share my love for the sports to others like me