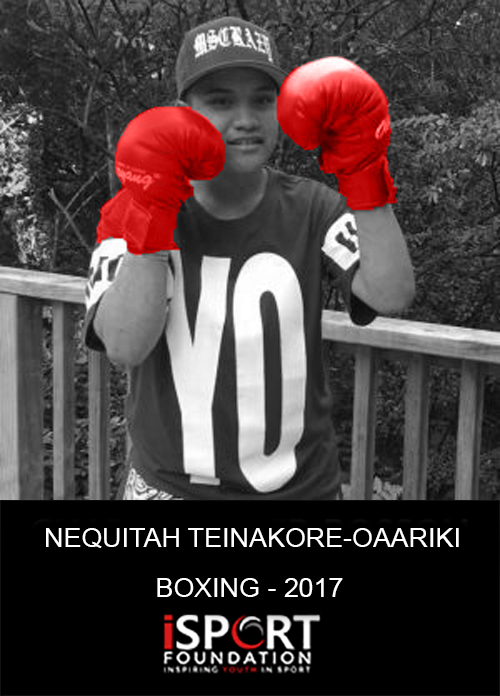 To the community that supported Nequitah – A huge “Thank You”!

You have helped to put her on a positive journey!

This is Nequitah Teinakore-Oaariki.  Nequitah is 14 and lives with her family in a Housing NZ property in South Auckland.  Nequitah’s dad passed away in February last year.  Nequitah has had a rough past involving a variety of negative addictions but she wants to change and make  physical activity a positive addiction to keep her on a positive pathway.

She attended a boxing class at SuperCity Gym in Manukau and discovered the positive benefits from the sessions. The training involved was motivating and she’s said it’s given her a new passion in life, something that previously had been missing.

Nequitah’s mum works, however she does not have the disposable income to spend on luxury items such as boxing fees.  Finance and transport are significant barriers to Nequitah’s participation at SuperCity’s youth academy classes.  The transport is able to be taken care of by local whanau and the community around her.  However, she is in need for financial help to enter this programme. Nequitah’s involvement in this boxing programme is imperative to her current journey.

Despite the trouble Nequitah may have found herself in at times she has an infectious personality that you just enjoy being around.  She has a caring, loving and extremely protective personality.

Let’s be part of the community that will support Nequitah and help cover the cost of her boxing fees for 2017.

Applications have been made to several agencies for Nequitah’s cause but they been unsuccessful thus far. Thank you for your support!