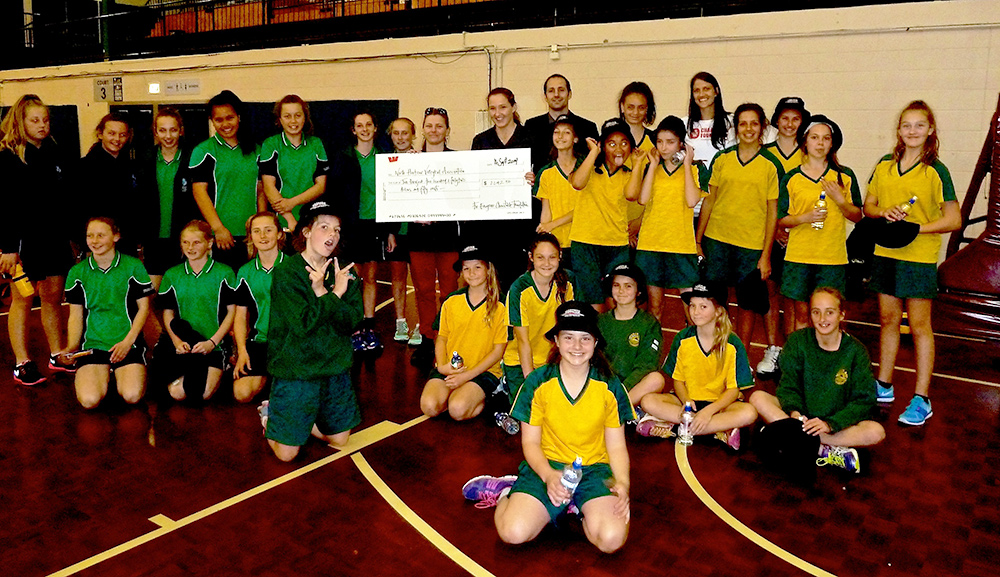 The North Harbour Volleyball Association was awarded a funding grant of $2242.50 to fund venue hire and match balls for the 2014 Under 17 & Under 19 Inter Provincial Volleyball Competition in early October. Sherren Findley, who manages North Harbour Volleyball, says the grant is a major boost, “We are really grateful for the support from FECF, as now we can keep the entry fee low, and that means four teams from the South Island, who up till now have not been part of the competition, can afford to attend. Therefore, the competition has grown into a truly national event, which is great for a sport that struggles to raise funds and awareness. It’s also fantastic and exciting for the girls and boys to be playing with new match balls, which are very expensive, as it feels like a professional competition for all those involved.” FECF ambassador, Anna Harrison (defender with the Northern Mystics and Silver Ferns who has also played pro-volleyball), presented the grant at the Intermediate Zone Day, featuring 20 volleyball teams from various North Shore Intermediate Schools. Says Anna, “I was thrilled to present this grant, as I know first hand how hard volleyball has to work to get funding.”