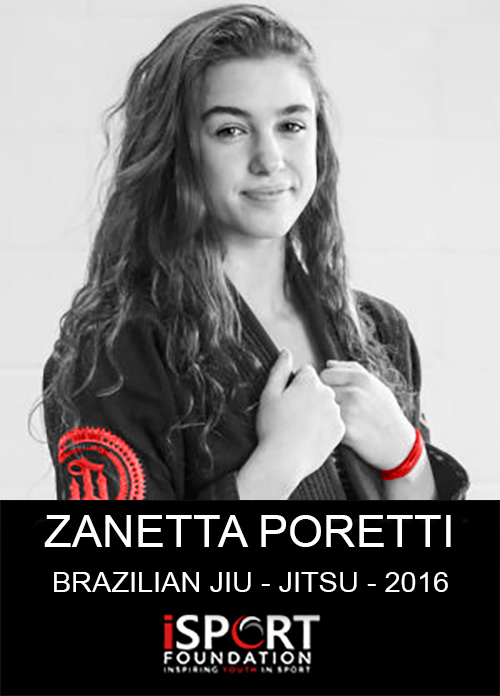 ZANETTA RAISED $450 IN ADDITION TO DONATIONS OF EQUIPMENT

Zanetta is passionate and gifted with a desire to achieve the highest levels in her sport and the determination to get there.

Zanetta was first introduced to Brazilian Jiu-Jitsu through a family friend. Whatever sport Zanetta tried, she excelled at. Her adventurous spirit led us to Jiu-Jitsu for self defence purposes as suggested by the family friend. As soon as she tried her first lesson, she was hooked. Her natural ability and instincts made her perfect for BJJ. The trainers at the time were amazed and impressed at how quickly she excelled and retained the moves correctly. Unfortunately, that gym closed down which caused us to move gyms to train under her current master, Lukas Hainge, a credited Blackbelt who has competed at the worlds level. In Lukas, Zanetta found her coach, they clicked. Her love for the sport has grown ever since. Zanetta researches moves and techniques on the internet, then asks Lukas to help her perfect them. It’s so impressive to watch her grasp of moves after being shown only once. She started winning matches against people, including men, bigger and heavier than her. Her technique was improving fast.

Then came a dreadful cracking noise one day, and it froze Zanetta on the spot. The ligaments and muscle had seperated from her colar bone. She was devastated to hear how long she needed to rest and how painful it was to move. We immediately got treatment for her. It was difficult for someone of her age to stop when all she wanted to do was move. Even at this low, Zanetta insisted on going to watch so that she didn’t miss any new techniques. The hardest part wos the emotional struggles that come with such and injury. With the treatment and diciplined waiting, she was back in half the time expected. Zanetta is now careful and diciplined with her health and body. Each little injury is met with the same determination. She has not looked back since. She has gone on to win at both Regional and National levels in GI and NoGi. Her victories have come faster each comp. The last Gi Nationals, Zanetta won all her matches in less than a minute. Zanetta meets every new challenge with the sa me determination and dicipline. It has a flow on effect into the rest of her life. Now instead of eating junk and having late nights, she has these awesome goals and new priorities that drive her to achieve. The ethos of BJJ and the culture around the BJJ community is one of honor, respect, acceptance and lifting up. These attitudes transcend into her everyday life, her schoolwork is more self driven and always motivated to complete set tasks as well and quick as possible.

Going to Melbourne to compete in the Pan Pacific IBJJF Championship is the next step to achieve her ultimate goal of competing at The Worlds. Becoming a young World Champion and passing her abilities on to other girls is something Zanetta can see herself doing. Zanetta is looked up to by all the younger girls at the gym. They want to be just like her, and even want the same GI and hairstyles and so on. Zanetta also remains hopeful that Jiu-Jitsu will become and olympic sport in years to come. Zanetta has a desire to become a type of physio, as well as nutritionist. These combined with becoming world champion will give her the skills and qualifications she needs to give specialised help young women desiring to learn self defence and be healthy. 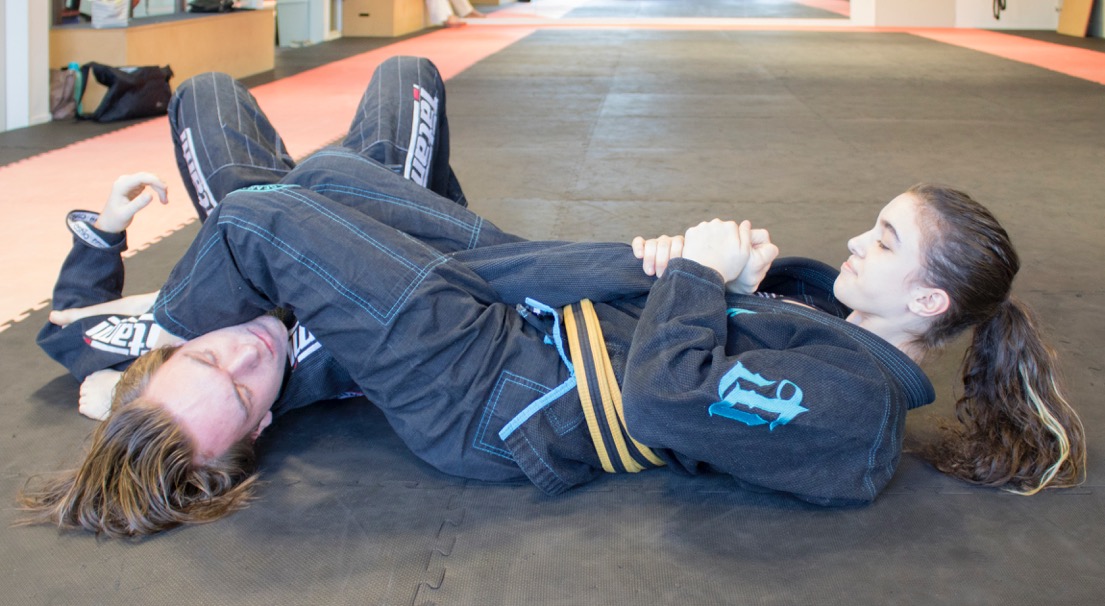 ZANETTA HAS QUALIFIED FOR THE PAN PACIFIC JIU-JITSU IBJJF CHAMPIONSHIP IN MELBOURNE!

We are a single income, homeschooling, hard working family. We support Zanetta and our son Jesse to go to every regional and national event to further their skills and standings in NZ. Zanetta has won every event and is the national champion in her age group. This is quite and expensive task and we are at the end of what we can do on our own. I have stepped away from some of the work I did to help my husband so that I am able to drive Zanetta to her daily training. With the added expense of gym membership for her to do strength and conditioning, her BJJ gym does not provide any of those things, we are not able to see ourselves able to continue to fund all the things Zanetta needs to achieve her full potential. We are stretched financially in every area and are trying to do as much as we can. I am needed to go with Zanetta because she is the only one from her gym that has qualified, so we are having to cover that cost as well as my husband needing to make up for my absence. 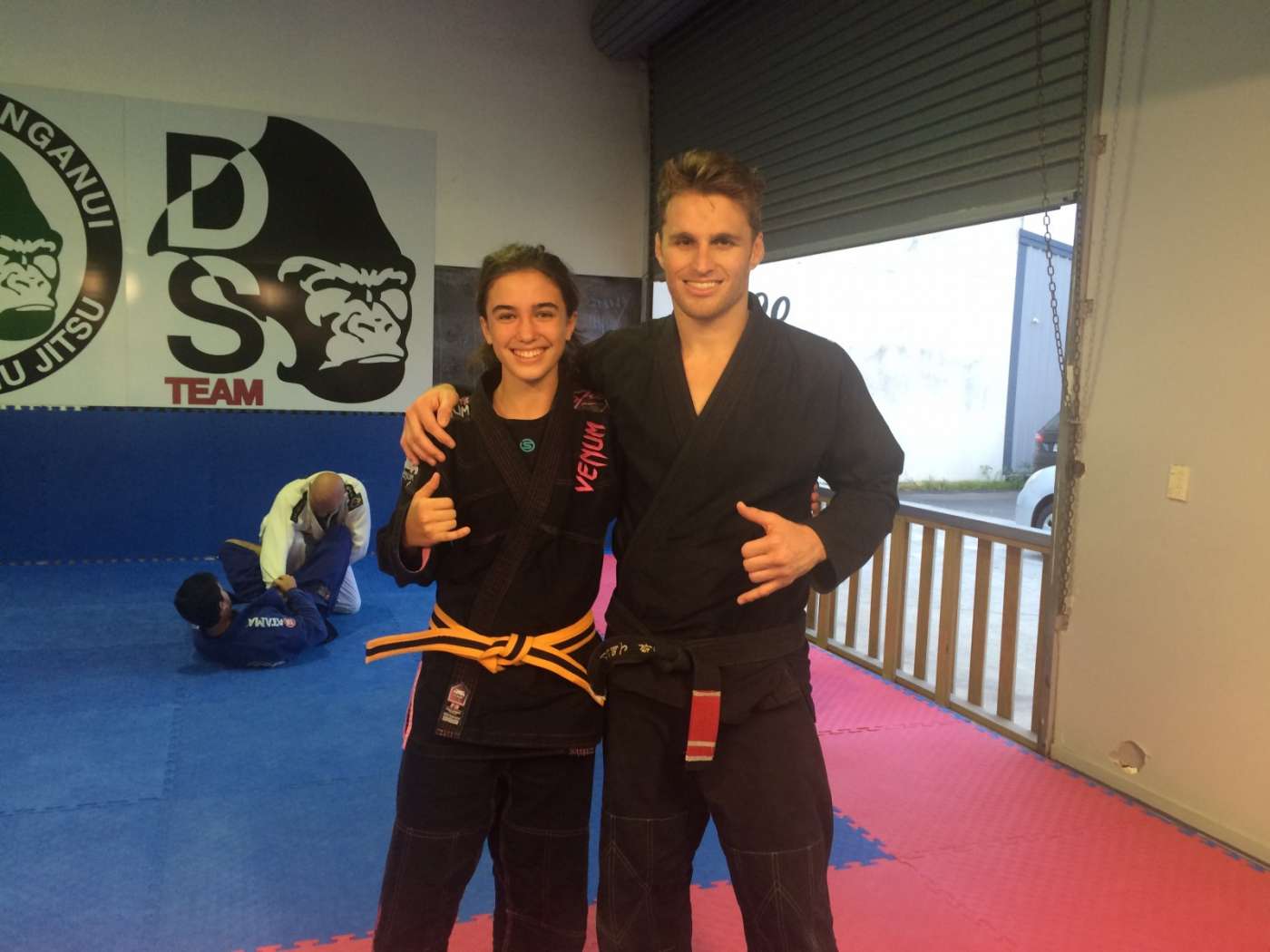