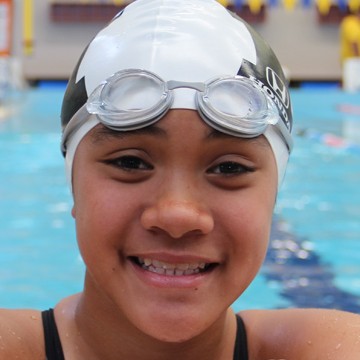 Throughout my journey there have been soo many obstacles in my way, but with the love and support of my family, friends, coach and team, they’ve helped me overcome those obstacles and are still walking beside me on my journey to achieve my ultimate dream of representing NZ at the 2016 Paralympic Games, because nothing is impossible 🙂

Hi my name is Tupou Neiufi, I’m 14 years old and I am a Auckland Pathway to Podium graduate, and am now part of the Paralympics New Zealand High performance swimming team, and i’m also the youngest in the squad.

I was hit by a speeding car when I was 2 and a half years old, and till this very day we have never found the driver. It was a hit and run accident. When I woke up from a coma I couldn’t move my legs, arms, head I couldn’t even sit up on the bed or walk, I was like a new born baby and the doctors told my parents they’re not sure if I’ll be able to walk again. After staying in starship for 3 weeks and then at Wilson Home the only childrens rehab centre for 3 months, and after a lot of intense therapy, crying, up’s and downs and determination, I was able to walk with the support of a leg splint. After the accident I was left with a severe head injury deeps cuts and bruises to the brain, and left sided hemiplegia which means the whole left hand side of my body is smaller and weaker then my right side. Although my head injury was bilaterial, but my left side is more obvious because how it’s smaller and weaker.

My goal is to represent NZ at the 2016 Rio Paralympic Games, but also to inspire people to give things a go, because like my mum always says “you’ll never know unless you try”.

I wanted to play netball, but because I couldn’t catch the ball or run properly, we had to find something else. I first started swimming as part of my rehab because I would always neglect my left side and my physio at the time told my parents that they should take me to swimming lessons so I can use my left side, if not I’ll sink. So I started swimming lessons and I instantly feel in love with the sport because I had the freedom to move around without a hand or leg splint. My swimming instructor had picked up quickly how competitive I was against the ablebody kids, and suggested to my parents that I should take up competitive swimming and mentioned the Paralympics, and my journey started there.

I have now competed at 7 NZ national swimming championships since I was 11 where I have won several medals, and 2 international meets, and this year in January I won my first international medals at the Victoria Opens swimming championships in Melbourne where I was the youngest competitor and I won a bronze medal in the 50 metre backstroke and a silver medal in the 100 metre backstroke multi-class events. 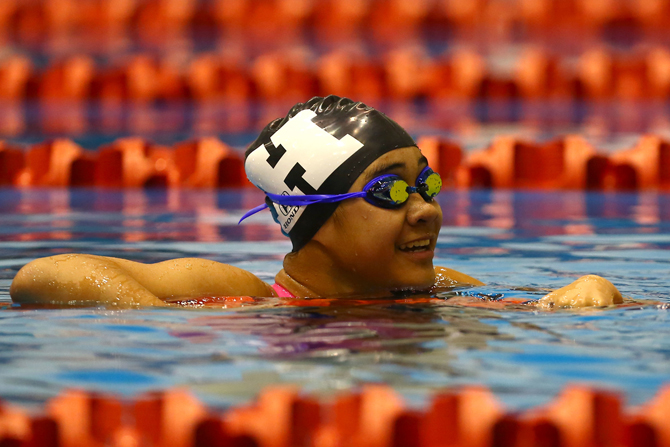 In September this year I represented my school Otahuhu College at the NZ Secondary Schools Swimming competiton, that was the first time Otahuhu College had someone represent the school in over 20 years, and won 6 gold and 1 silver medal. At the schools sports award a couple of weeks ago I was award the Junior Girls Athletics award, swimming award, and the best individual sporting performance of the year award. The sports co-ordinator told me in the 20 years he’s been at the school and as far as he knows, in the schools history, this is the first time ever that a junior has won the best individual sporting performance of the year award, let alone someone with a disability, and I can proudly say that our school definitely doesn’t have any barriers 🙂

I need your help to please help me get racing togs as they are really expensive, and I’ve split quite a few, and only have 1 left, but need 2 pairs 1 for the heats and the other for the finals, and a spare in case either one splits.

Throughout my journey there have been soo many obstacles in my way, but with the love and support of my family, friends, coach and team, they’ve helped me overcome those obstacles and are still walking beside me on my journey to achieve my ultimate dream of representing NZ at the 2016 Paralympic Games, because nothing is impossible 🙂

The current Paralympics NZ S9 Open records I hold are: 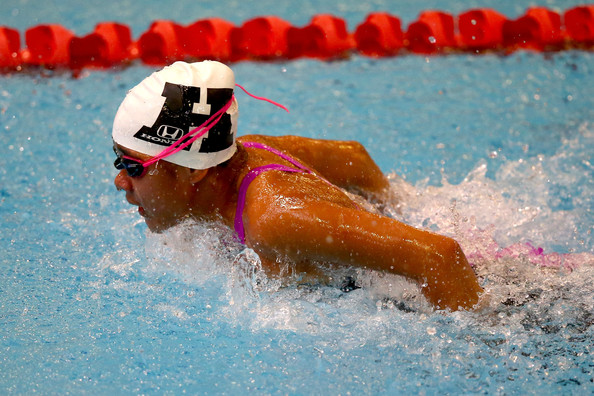