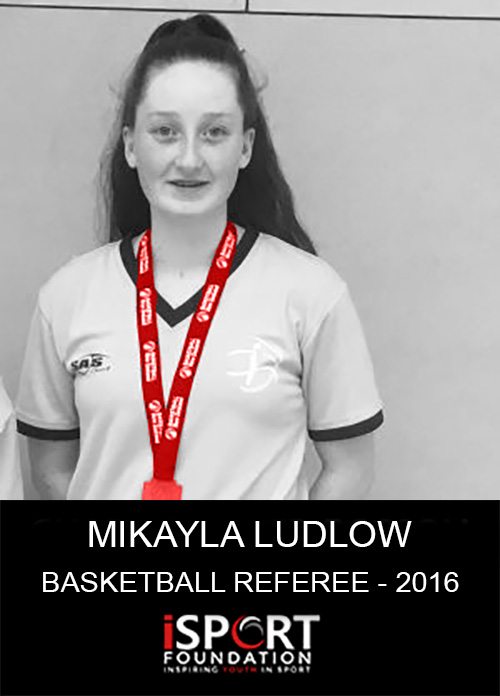 THANK YOU FOR SUPPORTING MIKAYLA

Hi, I am Mikayla Ludlow, from New Plymouth.  I am 18 years of age and I am a basketball referee.

I have earned an amazing opportunity in being selected to referee at the Australian Country Junior Basketball Championships in Albury, NSW in January of 2017.  I will be one of ten referees to accompany the players on the New Zealand Koru Tour.

I have been officiating basketball since I was 12 when my dad was facilitating referee education. Since then I have refereed two U15 nationals of where I earned a semi final game in my second tournament.  I have attended the Basketball Pacific tournament for three years now with teams from New Zealand and Australia attending.  For the past two years I have attended the Junior and Senior Secondary School Premierships.  This year I officiated the Junior Boys Final.  I was also awarded the Girls Final at the U13 Central Premiership this year after getting having the girls 3rd and 4th playoff last year.  In 2016 I was also selected for the National Secondary School Championships.

This year my school awarded me with the supreme award of Senior Contribution to Sport.

I have faced many challenges in my refereeing, including being a female in a predominantly male dominated sport.  My goal for the future is to referee in the men’s NBL league and hope that with this experience it will get me one step closer.

The cost to attend as a referee is $880 plus some expenses.  Next year I will also be faced with financing my tertiary education.  Therefore, any help that you may be able to give me will be greatly appreciated.  I have worked hard at my refereeing and to have this opportunity is incredible.

I appreciate being given the opportunity to attend as it will develop my growth and confidence to be involved with a higher calibre group of referees. I would like to thank the Taranaki Country Basketball Association for giving me the opportunity through their nomination to attend this tournament.