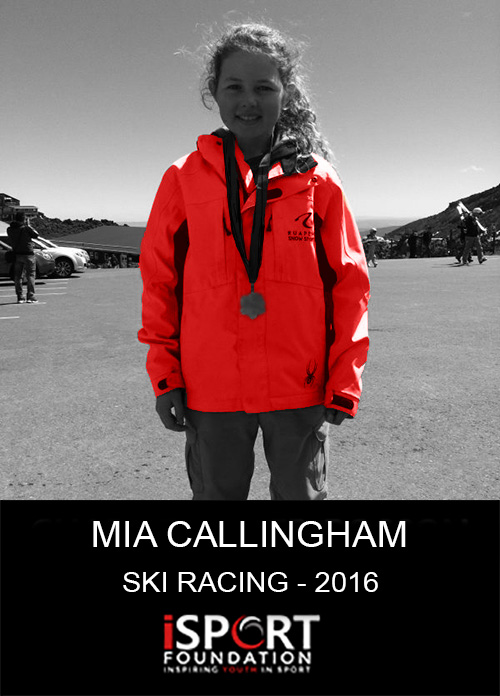 I have been fortunate enough to have had support through my family to train every winter with Ruapehu Snow Sports since I was 8 years old but now I need to drive the next step on my journey.

I have been skiing since I was 5, I was introduced to ski racing at the age of 8, where some family friends suggested we should go live down at Mount Ruapehu for the winter season. I would go to school 3 days a week at National Park school, and I would ski 4 days a week and school work was completed in the evenings.

Since the beginning my coaches and parents noticed some natural ability in my skiing, it started to really show on my second year of skiing with Ruapehu Snow Sports. I was all of a sudden beating my older brothers in races and eventually started to win local races such as the Central Plateau Ski Champs and events my coaches had set up.

In 2011 we had 3 Japanese ski coaches that trained us for the whole winter on Mount Ruapehu. They noted to others that they believed I had the right attitude, commitment and skills to become a really good ski racer. They then offered me the opportunity to train in Japan for 10 days with some of the world’s best coaches. In 2012 I went to Japan with my step dad Pete for 10 days and we skied 8 out of 10 of them. From this experience i came back stronger and ready to do another season in national park. Since then I have been sitting on top of the result board for the under 14 girls in New Zealand. The next 2 years were just a matter of more time on snow. I continued to go to Mount Ruapehu for the winter season to train, train and train. In 2014 I was noticed again for my continuous efforts and results on and off my skis. My coach offered me the opportunity to race with national level skiers at Mount Hutt for a week. This was one of the toughest challenges I have had on my skis so far. I learnt so much in just a space of 7 days. I didn’t get the results I wanted, but I skied the best I could and this what mattered to me the most. After an intense week of skiing for 7 days straight, I got home at 2am in the morning (the same day of my last North Island primary school ski champs) so I had 6 hours of sleep and my most important race of the season. I manage to come 3rd out of 72 year 7 and 8 girls. I also was the North Island champion for ski a cross as I won it for the year 7 and 8 girls. In 2015, I was unable to go down to Mount Ruapehu for the winter season as my parents couldn’t leave work, but this didn’t hold me back. I came up with a team for the North Island Secondary School Ski Champs where 5 of us represented Mount Maunganui college. I placed 14th out of 180 under 16 girls. This was probably one of my biggest skiing achievements because it was my first time on skis all season, and I manage to pull through to get top 14 of the top ski racers in the country. I also raced the next day against and beat a 16 year old girl in the dual slalom. Which placed me 9th overall in the under 16 girls.

I am really proud of my skiing achievements over these years. These days I am training in the gym for this year’s ski season and I am also active in Elite Performing Acts and I’m studying hard for good results in my end of year exams. I am in the college hockey team and have had several seasons of gymnastics. But my main goal in life is to be able to represent New Zealand at the Olympics and to become a professional athlete. Now I have this amazing opportunity to train with the La Clusaz ski academy who in fact have some of the best skiers in the world, that could potentially help me achieve my goal. Unfortunately, though coming up with the sort of money required to travel to France, plus the trainings and equipment isn’t easy.

My parents accept that I want to go further with my skiing, so they said if I want to go to France to train I must come up with some of the money myself by applying for funding, working and doing other fundraising activities. This is also to promote self-responsibility a trait that will need to be at the forefront of everything I do if I am to become an Olympian. So here I am, applying for this funding opportunity with fingers crossed.

To be able to train at the academy it costs around 900 euros ($1365.38, New Zealand dollars), this includes all the trainings (on and off snow), races and a ski pass. I would also need a bus transportation card to get around La Clusaz and up the mountain. This bus card cost 70 euros ($106.17, New Zealand dollars) and I will also need to hire race skis which will cost about 500 euros ($763.10, New Zealand dollars) for the time I am there and the flights are around $3200 (return). As mentioned the La Clusaz ski academy is ranked one of the top ski academies in Europe. I have been fortunate enough to have had support through my family to train every winter with Ruapehu Snow Sports since I was 8 years old but now I need to drive the next step on my journey.

MIA HAS BEEN SKIING SINCE AGE 5 AND IS RANKED IN THE TOP 10 IN NZ!

I require financial help as I have been offered a once in a lifetime opportunity to take part in a performance athlete ski exchange in France. I have been skiing since the age of 5 and am currently in the top 10 racers in New Zealand for my age and it is my goal to become a future Olympian. This opportunity will enable me to train at the La Clusaz ski academy which is one of the top skiing performance academies in Europe. It will allow me to hone my skills and give me a better understanding of what I need to do on my return to make my goal a reality.

We have already covered the accommodation/food costs, by doing a family exchange but the training and equipment costs are proving more difficult to find. 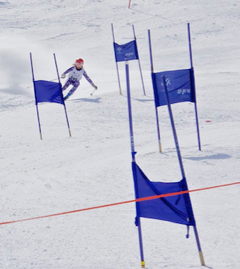