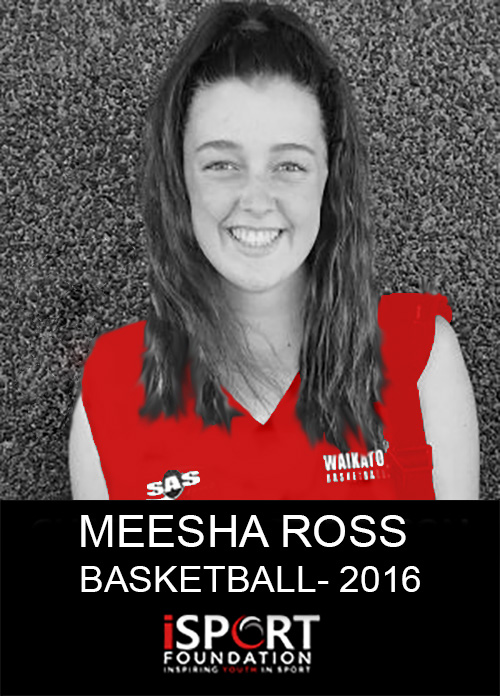 MANY THANKS FOR YOUR SUPPORT

BASKETBALL IS MY PASSION

Hi, I am Meesah and I am 16 years old.  I am in Year 11 and I LOVE sport.  I have done swimming, athletics, rippa rugby, touch rugby, gymnastics, netball, soccer, cricket, volleyball, darts and basketball.  You name it, if it is sport, I will give it a go.   I am lucky that my parents have always encouraged me to try new things, and have enabled me to follow these interests as much as they can. This has often been a big strain on them financially, but Mum just gets on with fund-raising for everything. Raffles, selling food, car washes, selling t-shirts, approaching people for sponsorship – you name it – she’s done it!

I am currently part of college netball, cricket, basketball and volleyball teams.  Although, I have to say, my two big loves have to be netball and basketball.   At the local camp that 5 local primary schools attended I won “Best female athlete” and there were around 300 females there.   When I did gymnastics, I competed at many competitions and won around 6 or 7 trophies individually.  I eventually had to finish this as I was getting very tall and I was playing more and more sport!  In netball, I have won trophies at primary for our team in the local competition along with best goaling average.  I have played representative netball for Te Aroha since Year 6 and was selected for the U17 Thames Valley representative side that travelled to Rangiora to play in the national tournament this year.  I also umpire and enjoy helping out at the local centre when I am not playing myself.

I have been playing basketball since Year 7.  I represented my age groups for Thames Valley for 4 years.  I was selected for the Waikato U17 team this year which won Gold at the national tournament.  I was also chosen for one of the two Waikato 3 x 3 teams to compete nationally.  I have played for the Te Aroha College Senior Basketball Team since Year 9.

Last year I won the Junior Sportsperson of the Year trophy at our College Sports prize-giving and was honored to be presented with a “BLUES” award for my achievement in basketball.

Our family has been working hard to raise money – raffles, mussel fritter stall etc.  We have done well but there is still a shortfall of around $1,200. My Mum and Dad who have separated, both work, but this is a lot of money to find.  We are continuing to fundraise and approach local businesses for help.

I think that mine is a journey travelled by many in New Zealand, although not everyone gets to do and experience as much as I have so far and for that I am very grateful.

This is the third time I have been selected to attend the Australian State Basketball tournament in Albury in January 2017, with the Koru Development U17 team. Flights, accommodation, food, entry fees and uniform costs total $3,800.

My goal for the future is to work with sport or something to do with sport or the human body, whether that be physiotherapy, occupational therapy, personal trainer, camp leader etc.

I would like to apply for the Sir Edmund Hillary Scholarship when I leave college and all the achievements that I have managed to reach so far will all help with this long term goal.