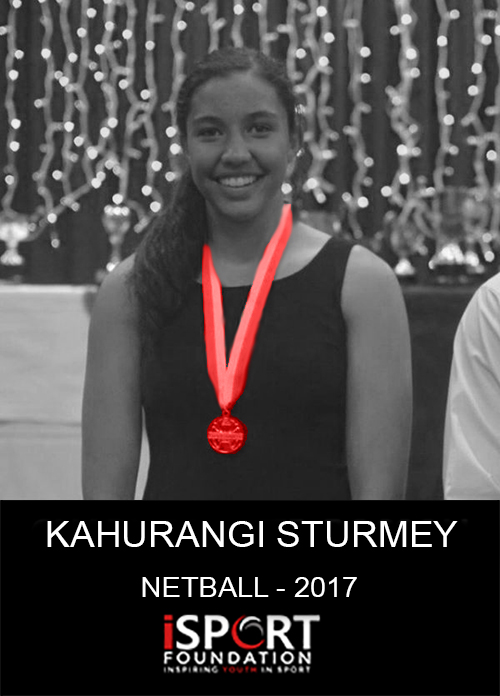 Thank You for your support!  Khurangi

Kia ora, I am Kahu. I am 17 years old and was a late invite to the Netball New Zealand National Development Camp.

I started playing netball in primary school.  I have played every position but I have established myself as a defender.  I have played rep netball for 8 years and have played basketball at rep level as well.  In addition to this, I am also a touch and rugby representative for Whanganui.  I LOVE SPORT, especially netball.

I am the oldest of four and we all play sport at National level. Mum and Dad are also supporting my cousin now as well.  My parents have worked really hard to make sure I have been able to make the most of every opportunity I have been given, including getting me to trainings, camps, tournaments, physio, and recently taking me to Wellington so I could trial for the Central Beko League Team.

I am passionate about netball and I want to continue to develop skills and play netball at the highest level.  I love the challenge the game brings and the great people I get to meet and play alongside.

At this time of the year my family has to find so much money to get us all to Touch nationals, but this opportunity to be part of the NZ Netball development coaching is a fantastic achievement and I would really love to accept the offer to participate.  So, I will need financial help to be able to accept the offer.  Thank you!