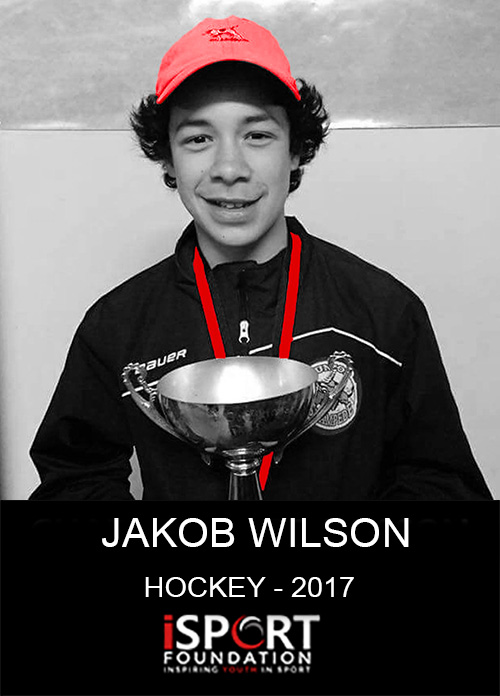 THANK YOU ALL FOR YOUR FANTASTIC SUPPORT

Hi, I am Jakob Wilson-Newell.  I am an ice hockey player and have been selected for the New Zealand Under 18 team to compete at the 2017 IIHF Ice Hockey U18 World Championship – Division III Group A in Chinese Taipei in March 2017.  I have been playing ice hockey since I was four years old and am incredibly passionate about the sport and am focused on becoming one of New Zealand’s best.

My parents have separated and I am living with my mum.  We are struggling financially to stay in Queenstown.  My family has always been involved at a community level with local fundraising events and event organisation and promotion, they are always volunteering for everything.

My family have been involved with my local club, Queenstown Ice Hockey Club Inc, since its inception in 1988 with my uncle having played at club level and then progressing through to representing New Zealand at age group levels and eventually the New Zealand Ice Blacks for 10 years.

Having lived in Queenstown my entire life, I started ice skating at the age of three and progressed to ice hockey when I was four years old. My passion for the sport developed from watching my uncle play for our regional team, Southern Stampede as well as the New Zealand Men’s Team, the Ice Blacks.

I hope to travel with my team to China in early March for a training camp before we continue on to the World Champs on March 21st.

Thank You for all of your support!

In March 2013, our Southern Knights team travelled to Aldergorve, Canada for the International Friendship Tournament.  On my return, I was named in the Southern Junior Elite League Team to compete in the National Under 16 League.  I continued to play in the Junior Elite League in 2014, representing Southern as well as continuing to play for our local Queenstown team and the Wakatipu High School team.  I received the Queenstown Ice Hockey Club Best Forward award in my grade for 2014.

In 2015 I was once again top point scorer in my age group team for the Queenstown Ice Hockey Club.  I represented Wakatipu High School at the South Island High School Championships and the Southern Knights in our Under 16 National League in which we won the silver medal.

Last season the age was extended in our National League to Under 17 which allowed me to play another year.  The Southern team split into two teams and I played for the Junior Stampede. We won the New Zealand Under 17 National League title and I was top point scorer for my team and fifth in the league. In October I was selected to represent Southern in the New Zealand Under 20 Ice Hockey League. A massive challenge but a lot of fun playing in the hard-hitting league.