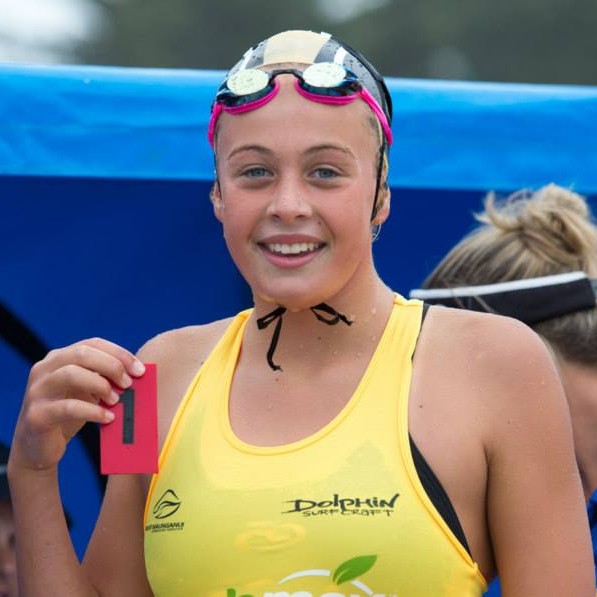 As my success continues I look forward to being an inspiration & role model to younger athletes and having the opportunity to give back!

I have been a junior surf athlete since I was five years old. Introduced by my aquatic sport loving parents and my older sister. I have known and had a goal of representing NZ for almost as long as I have been competing. I love swimming and work really hard to achieve my goals.

I have had a lot of success nationally as a junior surf athlete and swimmer and now need to transition through the next couple of years to a competitive senior athlete.

I am looking forward to the next phase of my development and getting to compete internationally is part of my plan and long term goals. In NZ I have dominated surf lifesaving for the last three years with a 95% win rate locally and nationally. The challenge of what I can achieve against Australian athletes is calling.

Recently I have had a injury that has challenged me but that ultimately has made me even more determined to chase my dreams.

I suffered a dislocated shoulder in October 2015 which meant I had to put off what would have been my first international competition. Travelling to Melbourne to compete at the Victorian State Swimming Championships as part of my regional swimming team.

I have worked incredibly hard, changing my training routines to stay fit while I was unable to train swimming for the first two months. I ran lots and went to the pool to kick and started worked a rehab program to build up strength around my shoulder.

Three and half months on this past weekend it felt fabulous to get back in the water competitively and to still dominate my competitors and win all of the events I typically dominate.

Getting an opportunity to compete in Australia I promise I will represent my local community, region and New Zealand with pride. My hope is that my success internationally will bring the many people and communities that support me together. 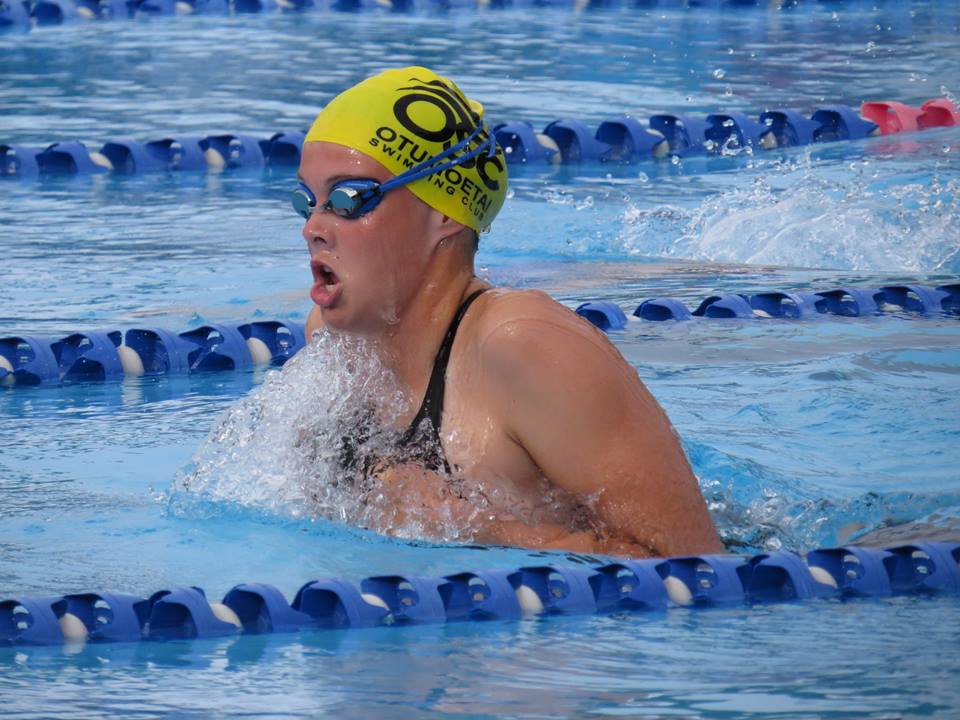 I have been an extremely successful junior swimmer and have collected over 50 National Medals in the last three years in the pool as a competitive swimmer and in the pool for surf lifesaving. On the beach I have also been incredibly successful too, over the last three years dominating the water events and winning all swimming events in my age group. I was awarded the U14 Female Sportsperson of the Year at BOP/Coromandel Surf Lifesaving Awards of Excellence for the 2nd Year in a Row and have the potential to be a finalist this coming season 2015/16. I have participated in Swimming NZs High Performance Junior Development Camps in 2014 and 2015.

I AM LOOKING FOR SUPPORT TO TRAVEL TO COMPETE AT MY FIRST INTERNATIONAL COMPETITION THE AUSTRALIAN SURF LIFESAVING CHAMPIONSHIPS IN AUSTRALIA!

I have been swimming competitively since I was six years old. Introduced by my aquatic sport loving parents, my older sister and a swim coach who recognised my talent. I have known and had a goal of representing NZ for almost as long as I have been swimming. I love swimming and work really hard to achieve my goals. I have had a lot of success nationally as a junior swimmer and now need to transition through the next couple of years as a senior swimmer and keep chugging away milestone after milestone. Following a black line day after day takes a lot of hard work and commitment and I am looking forward to the next phase of my development as a competitive swimmer and getting to compete internationally.

I am incredibly excited to have met the goals I set last year, in the pool I qualified to travel with my regional team to the Victorian State Championships. Injury meant I was unable to attend this competition.  Back on track I have set my target on competing at the Australian Surf Lifesaving Championships and I cannot wait to represent my region and country and see where I sit internationally.

I swim competitively for Mount Maunganui Swimming Club. In the last three years I have bought home medals from the State NZ Junior Swimming Championships and this year NZ Short Course Championships. I have broken BOP records, been named BOP junior swimmer of the year in June 2013 and have attended Swimming NZs High Performance Junior Development Camps in 2014 and 2015.   I am a member of the Mount Maunganui Lifeguard Service and compete at pool championships and in the surf. I have been awarded the Under 14 Female Sportsperson of the year at the BOP/Coromandel Surf Life Saving Awards of Excellence in 2014 and 2015.   I have played Waterpolo for Tauranga Waterpolo Club U12 A Team. Last October I was named Most Valuable Player of the tournament at the National Champs ‘Olympic Hopefuls’ for the second year in a row. This Year because of swimming commitments I think I will need to give club waterpolo away and commit to playing school waterpolo only for Mount Maunganui College. I play netball for Mount Maunganui Colleges Junior A team and was selected to play in the Western BOP representative teams in 2013 and 2014.

Be the first to review “ISABELLA AKROYD- SWIMMING” Cancel reply