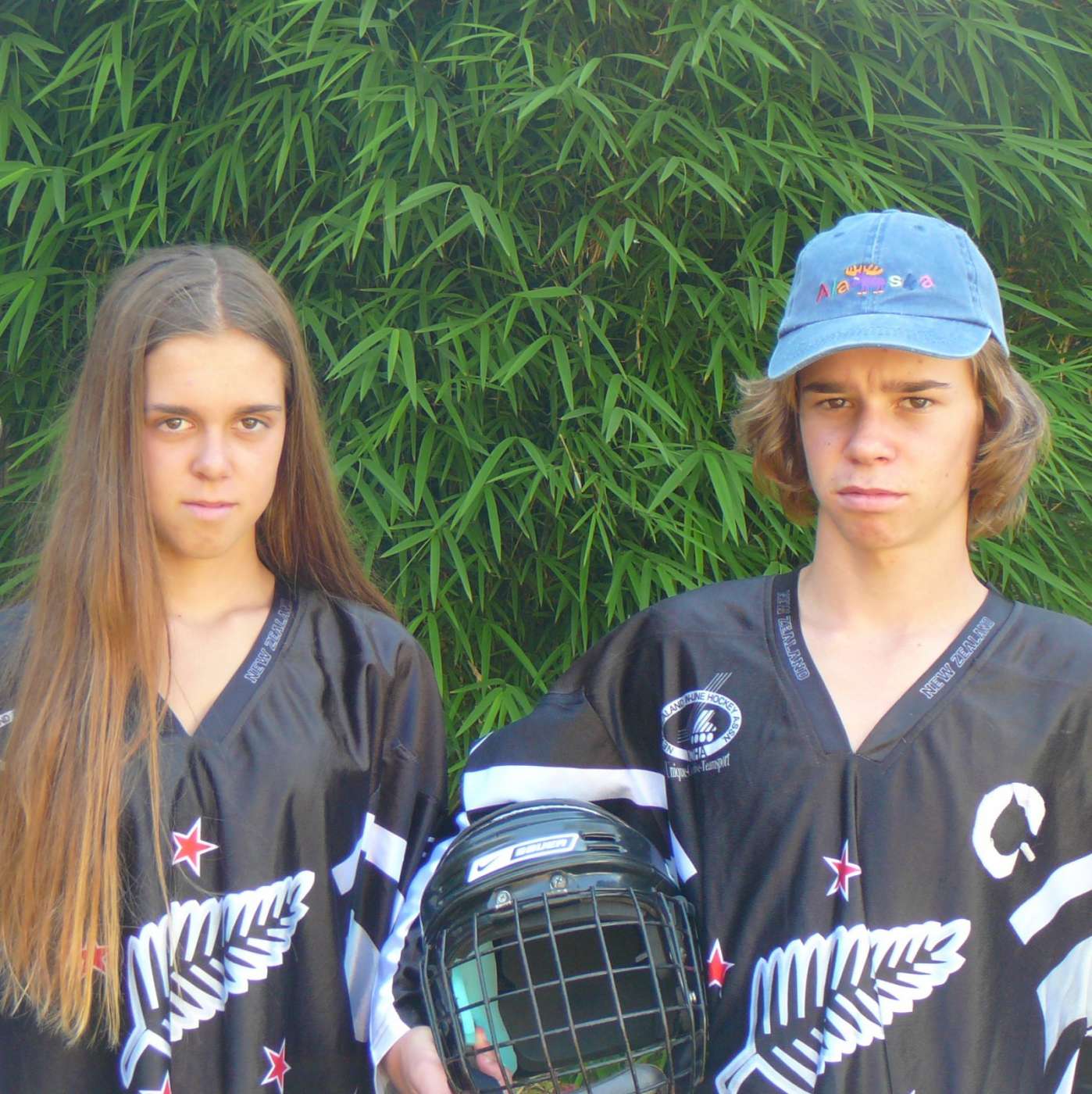 Not one but two amazing athletes from the same family!

My sporting goal is to go over to Hawaii, play hard but fair and put in lots of training before we go, I especially need to work on my back hand and put on harder shots. One day I am hoping to make the New Zealand Senior Women’s team to worlds.

Hi we are Hayden and Shalaya Luckin we are both traveling to Hawaii in July to represent New Zealand for Inline Hockey at the AAU Junior Olympics, we are both very passionate about inline and it is our only sport we play so to be able to play for New Zealand is such an honour to represent our country. We train hard and keep fit off the rink as well, our coaches have played a major role in getting us where we are today. Big thanks to all coaches and managers for all their work in sports.

Hayden is playing in the 16 and under team, I have been playing since I was 6, I started playing school league and one of the Ravens coaches was reefing ( Anna Carrington)and asked Mum to bring me alone to club training and that’s how it all started, since then I have made central regionals most years and have played for New Zealand for the last 3 years, last year traveling to Australia were I captained the 14 and under team, which we bought home gold, such and amazing experience to be able to captain a team at such a high level. My ultimate goal is to make worlds in the future.

Shalaya is playing for Junior Women which is 14 and under, I started playing when I was 8, I also started playing at school league and just fell in love with the game, it’s fast and hard especially when you’re playing against the boys, that’s why it’s good having the Jnr women grade. I have made central regional teams for the last few years and also went to Australia last year and our Jnr women team won every game and bought home gold. I love the sport.

The cost of the trip is $5600 each! Hayden has been doing milking’s and firewood help raise funds, Shalaya has been selling pinecones and doing house keeping.

* 2016 New Zealand 16 and under selection to AAU Junior Olympics Hawaii.

* 2015 New Zealand Captain for the under 14 team selected to play in Moe Australia at Oceania’s, won gold.

When we travel to Hawaii in July to the AAU Junior Olympics, my goal will be to play the best I can give and be the top of our age group. In the future I would like to make worlds team for New Zealand to play against the best in the world, I would also like to start helping coach some of the younger grades at our local Ravens inline hockey club, to give back some of the skill I have been taught over the years 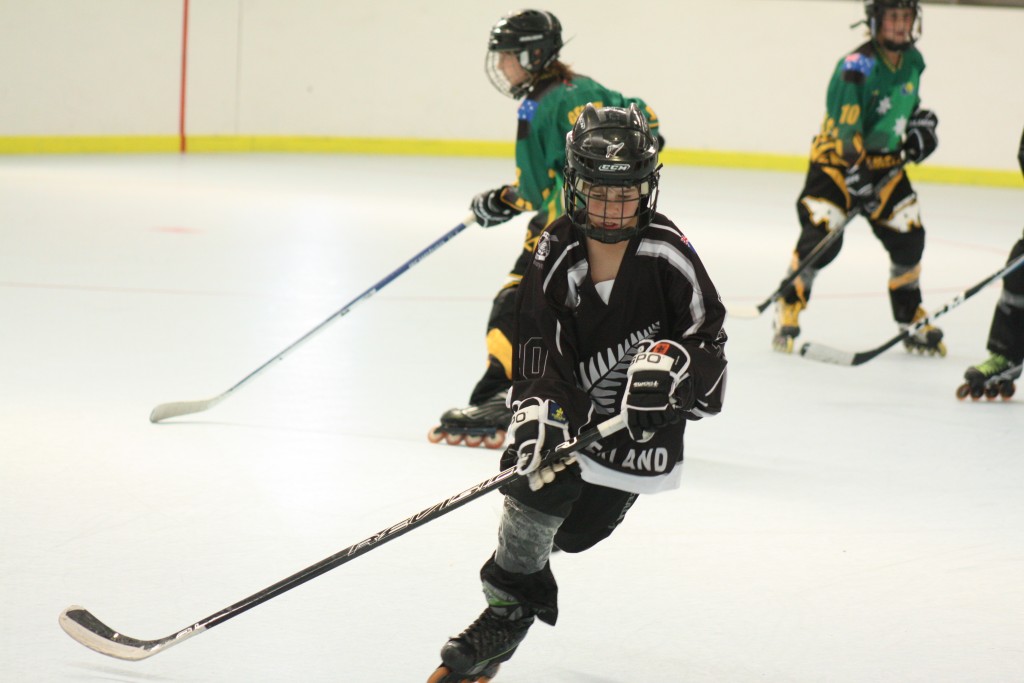