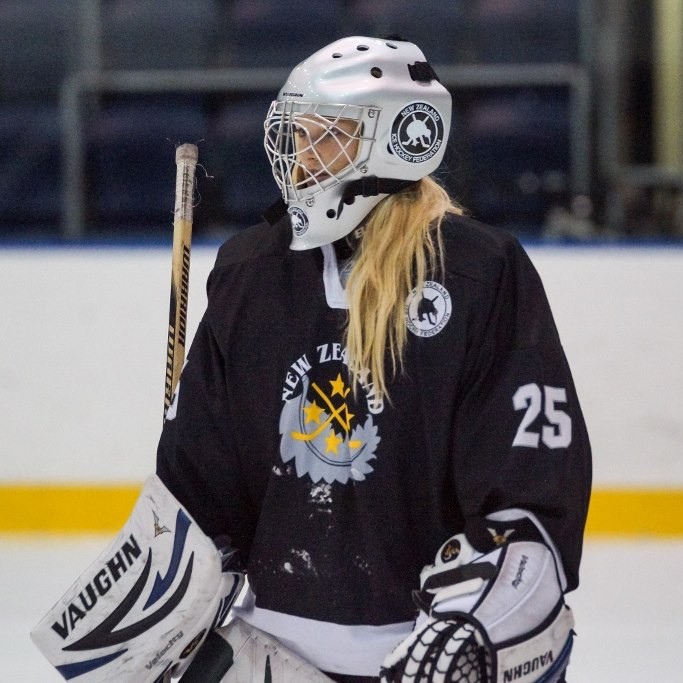 Daisy is a top goalie in Ice Hockey from Christchurch. She has been fully funded by iSport for her ice time and goalie Ice Ferns camp in the coming season.

I need the funding for the on ice trainings as they are the most important part for my sport.

I am looking to play for the New Zealand u18s team they are planning to have a couple of tournaments overseas in the next few years and it would really help if i could get some funding to go with the team.

The ice time in Canterbury is really expensive more so than other places in New Zealand and my parents have already set aside a lot of money for my brother who is playing for the New Zealand U18 mens team who are going overseas. We do not have enough money for both me and my brother to play high level ice hockey.

I want to play overseas and for the Ice Fernz.